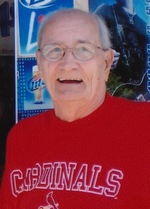 Louis C. Reeves, 87, of Aledo, formerly of Waterloo, Iowa, died Wednesday, September 3, 2014 at Brookstone in Aledo. Cremation has been accorded. A private immediate family memorial service will be at the Fippinger Funeral Home in Aledo. Additional services will be in Waterloo, Iowa at a later date. Memorials may be left to St. Jude's Children's Hospital and online condolences can be made at www.fippingerfuneralhome.com.

Louis was born December 22, 1926 in Salem, Arkansas to Lewis and Olive Conrad Reeves. He attended the Dinsdale Schools in Traer, Iowa. He enlisted in the U.S. Navy having served in WWII. He married Helen M. Johannsen December 26, 1950 in Waterloo, Iowa.

He was employed at the Waterloo Courier as a pressman and foreman, retiring in 1985.

He was a member of the Elks Club and the Byrnes Park Golf Club, where he became an avid golfer. He enjoyed fast-pitch softball and bowling.

His parents, six sisters and two brothers preceded him in death.


US Navy
The insignias listed here may be subject to copyright and / or trademarked. Those copyrights and trademarks are owned by the respective organizations.

To send flowers to the family in memory of Louis Reeves, please visit our flower store.