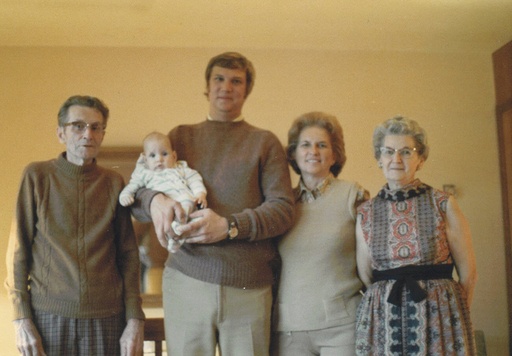 Louis M. Kerner, 86, of Alpha, IL died Friday, August 19, 2016 at his granddaughter's home in Rock Island. Services are 10:30 a.m. Thursday, August, 25, 2016 at Peterson-Wallin-Knox Funeral Home in Alpha. Burial is in the Pleasant View Cemetery in Kewanee where graveside military services will be conducted. Visitation is from 5-7 p.m. Wednesday at the funeral home where a memorial fund will be established. Online condolences can be made at www.petersonwallinknox.com.

Louis farmed in the Galva and Kewanee area, retiring in 1992. He also assisted at the Peterson-Wallin-Knox Funeral Homes in Alpha and Woodhull.

He enjoyed vegetable gardening, jigsaw and word puzzles and especially spending time with his family.

His parents, wife, one daughter, Doreen, one son, Virgil and one sister, Mary Lou preceded him in death.

To send flowers to the family in memory of Louis Kerner, please visit our flower store.