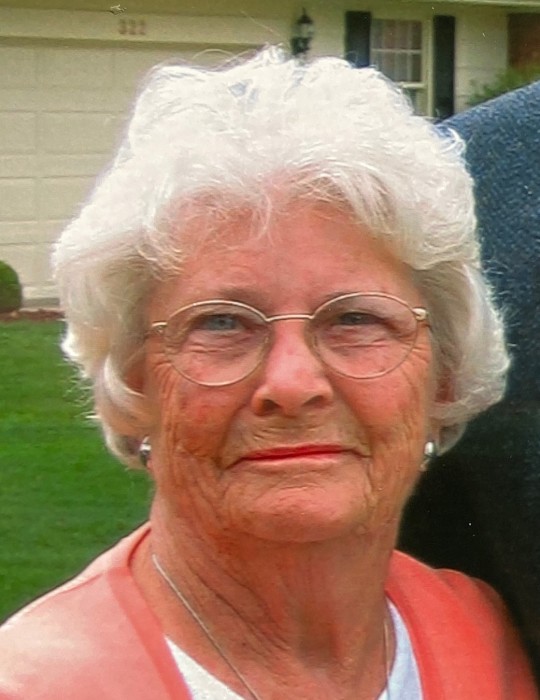 Lorraine Yvonne Hutchins, 94, of Aledo, IL peacefully fell asleep in death at Mercer Manor in Aledo on Sunday, March 15, 2020, surrounded by her loving family.  Funeral services are 2:00 p.m. Friday, March 20, 2020 at Messiah Lutheran Church in Aledo. Burial will be in the Aledo Cemetery. Visitation is one hour prior to services at the church where memorials may be left to Messiah Lutheran Church. Fippinger Funeral Home is in charge of arrangements and online condolences can be made at www.fippingerfuneralhome.com.

Lorraine Y. Benson was born September 14, 1925 at home on the family farm in rural Aledo.  She was the daughter of Clarence and Ethyl Nelson Benson.  She graduated from Aledo High School in 1943. She married Darrell Hutchins, her high school sweetheart, when he was home on leave from the U.S. Navy on March 21, 1945 in Aledo at Messiah.  Darrell and Lorraine were an inseparable, loving couple for over 72 years.  They faced life together as best friends.  He died November 13, 2017.


Lorraine was employed as a secretary for George Hoebel in the Mercer County States Attorney’s office.  Later, she was a devoted wife, mother, and homemaker.  She cherished her family, grandchildren, and great grandchildren.  Lorraine enjoyed having fun, laughing, playing cards, golfing, shopping, crocheting and traveling.  She was a life-long member of Oakview Country Club, where she achieved a hole-in-one in 1999.  Lorraine was a life-long member of Messiah Lutheran Church.  She and Darrell spent many winters in Florida.


Lorraine was preceded in death by her parents; husband; two brothers:  Warren and Marvin Benson; and son-in-law: Patrick A. Lower.

Lorraine was a resident of Mercer Manor Rehabilitation.  The family would like to thank the staff for their loving care and also the staff from Harbor Light Hospice.

To send flowers to the family in memory of Lorraine Hutchins, please visit our flower store.
Open