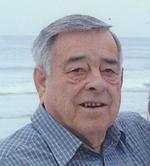 Lonny L. Lemon, 75, of Aledo, IL died Friday, September 4, 2015 at Genesis Senior Living in Aledo. Cremation has been accorded. Services are noon, Friday, September 18, 2015 at Fippinger Funeral Home in Aledo. Burial is in the Aledo Cemetery. Visitation is two hours prior to services at Fippinger's. In lieu of flowers, memorials may be left to the American Heart Association or Courtney Jo's Closet. Online condolences may be made at www.fippingerfuneralhome.com.

Lonny farmed until 1973 and was then employed by the City of Aledo in the police and street departments. Lonny was also employed by John Deere Planter Works in Moline and for Mercer County Township, retiring in 1999.

He enjoyed spending his winters in Arizona with his longtime companion, Pauline Schmidt.

He was preceded in death by his parents; a daughter: Tonya; and one brother: Dan.

To send flowers to the family in memory of Lonny Lemon, please visit our flower store.