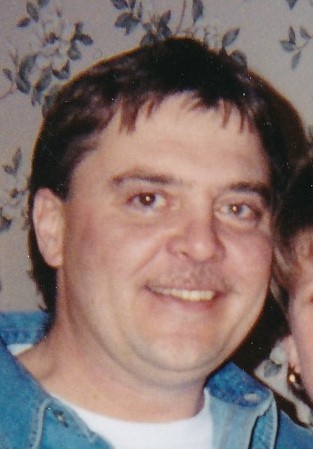 Lonnie K. Allen, 54, of New Windsor, Illinois died Sunday March 12, 2017 in his home after a courageous battle with cancer. There are no services. Peterson Wallin Knox Funeral Home in Alpha, IL is in charge of arrangements and online condolences may be left at www.petersonwallinknox.com.

He was born June 21, 1962 in Galesburg, IL to Maurice and Sandra DeSpain Allen. Lonnie attended the Galesburg schools. On September 5, 2001 he was united in marriage to Jan Dee Anderson in Cambridge, IL.

Lonnie was employed at Gates Rubber Company in Galesburg.

He will be deeply missed by his family and friends and will always be remembered for his kind and gentle demeanor.

His father, Uncle Don Smith and his dog Shorty preceded him in death.

The family would like to thank all of you who loved and cared for Lonnie.

To send flowers to the family in memory of Lonnie Allen, please visit our flower store.