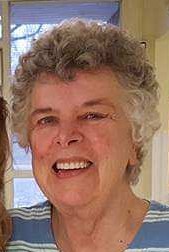 Linda K. Wilson, 73, a resident of Knox County Nursing Home, formerly of Woodhull, died Tuesday, October 20, 2020 at Knox County Nursing Home in Knoxville, IL   Graveside services are 1:00 p.m. Friday, October 23, 2020 in the Woodhull Cemetery. There is no visitation.  Memorials may be left to the Alzheimer’s Association.  Peterson Wallin Knox Funeral Home is in charge of arrangements and online condolences can be made at www.petersonwallinknox.com.

She was born January 30, 1947, in Moline, IL to Gerald and Jane Hughes Sanders. She attended AlWood schools.  She married Keith Taflinger in 1968.  She later married Robert J. “Bud” Wilson January 20, 1982 in Galesburg.

She was employed in the housekeeping department at Cottage Hospital in Galesburg for over 20 years and later employed at Jaydon in Rock Island.

Linda was preceded in death by her parents, two grandchildren; one sister and brother-in-law: Wanda and Joe Raisbeck; one son-in-law: John Lawson.

To send flowers to the family in memory of Linda Wilson, please visit our flower store.
Open