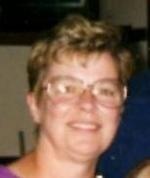 Linda L. Roberts, age 64, of New Windsor, IL, died Thursday, August 9, 2012 at home. Graveside services will be held 1:30 p.m., Monday, August 13, 2012 at New Windsor Cemetery. Friends may greet the family immediately following the graveside service at Alpha United Methodist Church where a light luncheon will be served. A memorial fund will be established and online condolences can be made at www.petersonwallinknoxfuneralhome.com.

She was born July 21, 1948 in Galesburg, IL to Perry and Shirley Sherwood Shaw. She graduated from Galesburg High School and married Larry Roberts, Sr. September 3, 1966 in Galesburg, IL. He died May 7, 1997.

Linda was a homemaker and previously worked at Wal-Mart in Moline and the New Windsor General Store. She was currently employed at Aledo Rehab & Health Care Center.

She enjoyed reading and baking.

Her parents, husband and two brothers preceded her in death.

To send flowers to the family in memory of Linda Roberts, please visit our flower store.