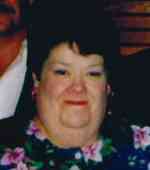 Linda Kay Lemon Hobart, 65, of Aledo, IL died Monday, August 19, 2013 at Pekin Hospital in Pekin, IL. Graveside services are 11 a.m., Friday, August 23, 2013 at Sugar Grove Cemetery in rural Aledo. Visitation is 3-6 p.m., Thursday at Fippinger Funeral Home in Aledo. A memorial fund will be established. Online condolences may be made at www.fippingerfuneralhome.com.

She was born February 11, 1948 in Moline, IL to Wayne and Neva Crook Lemon. She graduated from Aledo High School in 1966. Linda married Clifford Hobart in 1972.

Linda was a homemaker, a beautician in the Aledo area and then employed as a secretary at the Rock Island Arsenal for thirteen years.

She enjoyed socializing, cooking and delivering her baked goods to Aledo area businesses. Linda especially loved being with her two sons and grandson.

To send flowers to the family in memory of Linda Hobart, please visit our flower store.