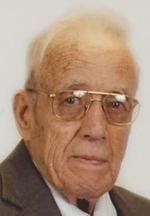 Lewis H. Millett, 81, of Aledo, Illinois died Tuesday, March 3, 2015 at Genesis West in Davenport, Iowa. Services are 11:00 a.m. Friday, March 6, 2015 at Fippinger Funeral Home in Aledo. Burial is in the Reynolds Cemetery where graveside military rites will be conducted. Visitation is 5-7 p.m. Thursday at Fippinger's. Memorials may be made to the American Lung Association and online condolences can be made at www.fippingerfuneralhome.com.

Lewis was born October 17, 1933 in rural Reynolds, Illinois to George and Nellie Dellitt Millett. He graduated from Aledo High School in 1951. He was a U.S. Army veteran, having served in Japan from 1956 to 1958. On May 15, 1960, he was united in marriage to Janet S. Reed at the Center Presbyterian Church in Seaton.

He began his telephone career with Western Illinois Telephone Company as lineman/installer. He retired from CONTEL as an engineer after 38 years.

Lewis was a member of the CONTEL Organization, ITPA Illinois Association and the NRA.

He was an avid reader, enjoyed hunting and fishing, working in the yard and gardening. He especially enjoyed being with his family and attending his grandchildren's activities.

Lewis is survived by his wife, Janet; one daughter, Kim and her husband, Mike McCutchan; one son, Greg Millett, all of Aledo; two grandchildren, John and Kevin McCutchan of Aledo; one sister-in-law, Doris Millett of Aledo; one brother-in-law, Lyle (Judy) Reed of Burlington, Iowa; one cousin, Judy McKinley of Milan, IL; nephews, Robert and Mike Millett.

He was preceded in death by his parents, two brothers, Bill and Richard Millett and one sister-in-law, Donna Millett.


Army
Army
National Rifle Association
The insignias listed here may be subject to copyright and / or trademarked. Those copyrights and trademarks are owned by the respective organizations.

To send flowers to the family in memory of Lewis Millett, please visit our flower store.