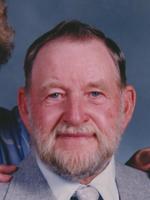 Leonard Kenney, 89, of Aledo, IL died Monday, November 30, 2015 at Genesis Medical Center in Aledo. Services are 10:30 a.m. Friday, December 4, 2015 at Trinity Presbyterian Church in Aledo. Burial is in the Candor Cemetery, rural Aledo. Visitation is 4-8 p.m. Thursday at Fippinger Funeral Home in Aledo. Memorials may be left to Trinity Presbyterian Church or the Mercer County Historical Society and online condolences can be made at www.fippingerfuneralhome.com.

He was born December 25, 1925 in Alexis, IL to Virgil and Hannah Gallagher Kenney. He graduated from Alexis High School. Leonard married Jane E. Edwards on September 29, 1945 in Norman, OK. She died the same day as Leonard, November 30, 2015.

Leonard was a U.S. Navy veteran, serving as a machinist mate. He was a lifetime farmer south of Aledo.

He was a charter member of Trinity Presbyterian Church in Aledo. Other memberships include the Mercer County Historical Society, former Charity Lodge #838 AF & AM in Seaton and Aledo Masonic Lodge #252 AF & AM. Leonard enjoyed traveling, fishing, hunting, bird-watching and spending time with his family.

Leonard was preceded in death by his parents, wife, Jane, two sons, Rodney and Brian, two grandsons, Vincent and Benjamin and a brother, Dean.


Christian Cross
Masonic Lodge
US Navy
The insignias listed here may be subject to copyright and / or trademarked. Those copyrights and trademarks are owned by the respective organizations.

To send flowers to the family in memory of Leonard Kenney, please visit our flower store.