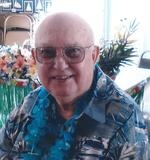 Leo A. Wedekind, 79, of Aledo, formerly of Eliza, IL died Friday, December 30, 2011 at Mercer County Nursing Home. Services are10:30 AM Tuesday January3, 2012 at the Fippinger Funeral Home in Aledo, IL. Burial is in the Eliza Creek Cemetery where graveside Military services will be conducted. Visitation is 4-7 PM Monday at Fippingers where Masonic Services will be conducted at 7:00 PM. Memorials may be left to Eliza Creek Community Church or Buffalo Prairie Masonic Lodge #679. On-line condolences can be made at www.fippingerfuneralhome.com.

Leo farmed in the Eliza area retiring in 1998. He also owned and operated the Eliza Café for 12 years.

He was a member of the Eliza Community Church, the Buffalo Prairie Masonic Lodge #679, the Eliza American Legion Post #1971 and the Eliza Lions Club.

Leo was a 4-H Leader for many years. He was also very active in Republican Politics having been a former member of the Mercer County Board of Supervisors where he served as Chairman for 2 terms. He also served as Eliza Township Supervisor for over 30 years.

He was preceded in death by his parents, wife and 2 sisters and 1 brother.


American Legion
Lion's Club
Masonic Lodge
Order of the Eastern Star
Republican Party
US Army
The insignias listed here may be subject to copyright and / or trademarked. Those copyrights and trademarks are owned by the respective organizations.

To send flowers to the family in memory of Leo Wedekind, please visit our flower store.