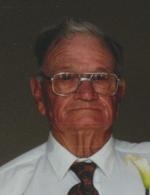 Lawrence E. McIntosh, 81, of Keithsburg, IL died Sunday, August 23, 2015 at home. Graveside Services are 1:00 PM Thursday, August 27, 2015 at the Mosher Cemetery, rural Alexis. Visitation is 11:00 a.m. to noon prior to services Thursday at Fippinger Funeral Home in Aledo where a memorial fund will be established. Online condolences can be made at www.fippingerfuneralhome.com.

He was born August 21, 1934 in Emporia, KS to Cecil and Beatrice Tschom McIntosh. He graduated from Keithsburg High School in 1952. He married Virginia McDonald and later married S. Jeannine Hill in 1961 in Aledo. He later married Sue Olson in Joy, IL.

He was employed at Wolfe Farms in Joy, Illinois and was a truck driver for Murdoch Trucking in Aledo and P & L Trucking in Milan retiring in 1996. Larry later worked for local farmers.

Larry was a member of the NRA. He enjoyed hunting, fishing and especially being with his grandchildren.

His parents, one daughter, Shelley, a grandson, Yancy, two brothers, Robert and Kenny and a beloved dog, Gracie preceded him in death.


Army
Army
Good Conduct Medal
National Rifle Association
The insignias listed here may be subject to copyright and / or trademarked. Those copyrights and trademarks are owned by the respective organizations.

To send flowers to the family in memory of Lawrence McIntosh, please visit our flower store.