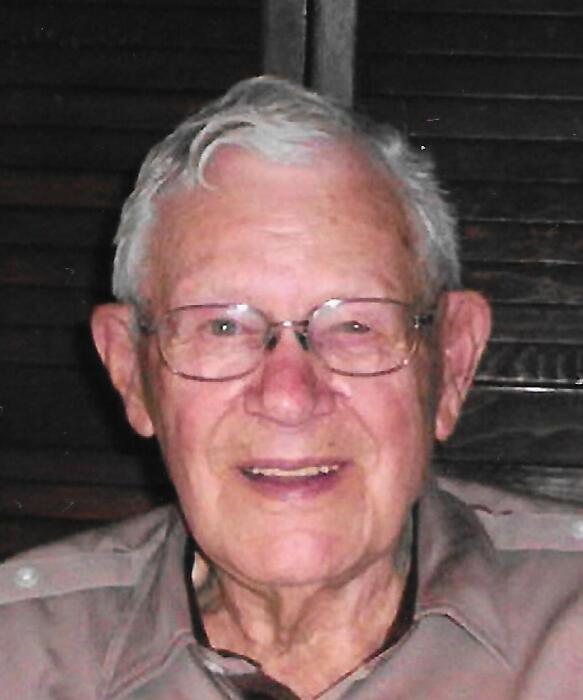 Lawrence D. “Pete” Barton, 102, of Alpha, IL died Friday, July 16, 2021 at Heartland Health Care in Moline.  Graveside services are 1:30 p.m. Tuesday, July 20, 2021 at the Alpha Cemetery where graveside military services will be conducted.  There is no visitation and memorials may be left to the Alpha United Methodist Church or the Oxford American Legion Post 1197.  Peterson Wallin Knox Funeral Home in Alpha is in charge of arrangements.  Online condolences can be made at www.petersonwallinknox.com.

He was born July 24, 1918 on the family farm near Rio, IL to Lynn and Josephine Epperson Barton. Pete attended the local schools and the Alpha High School. He married Evelyn Holdsworth June 27, 1942 in Kahoka, Missouri.

He enjoyed fishing, golfing and spending 30 winters in southern Texas.

Pete was a member of the Alpha United Methodist Church, Oxford American Legion Post 1197 and the Masonic Lodge.

Pete was preceded in death by his parents, two brothers and six sisters.

To send flowers to the family in memory of Lawrence Barton, please visit our flower store.
Open