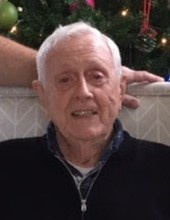 Lawrence Albert Anthony, 83, of Woodhull, Illinois passed away Monday, January 20, 2020 at 12:17 AM at Unity Point Health – Trinity in Rock Island, Illinois. Cremation rites will be accorded with Peterson-Wallin-Knox Funeral Home in Woodhull, Illinois. Memorial contributions can be made to the Alpha United Methodist Church.

Lawrence was born on May 31, 1936 in Moline, Illinois the son of Lewis Albert and Mary Ellen (Reid) Anthony. After attending Orion High School, he proudly joined the United States Marine Corps where he served his country as a Marine Reserve. After his service he worked for John Deere Plow and Planter and McLaughlin Body for many years. During this time he began taking classes with the Pacific Western University where he earned his engineering degree. As an engineer he worked for over 20 years in the aeronautics industry. Some of his greater accomplishments included work on the Stealth Bomber and the Space Shuttle.

He was a member of the Alpha United Methodist Church and the Valley of Moline Scottish Rite. Lawrence enjoyed collecting antique guns and tractors. He was an avid sportsman, he especially enjoyed fishing.

Lawrence was preceded in death by his parents, Lewis Albert and Mary Ellen Reid; and 2 brothers, Ernie Anthony and Donald Anthony.

To send flowers to the family in memory of Lawrence Anthony, please visit our flower store.