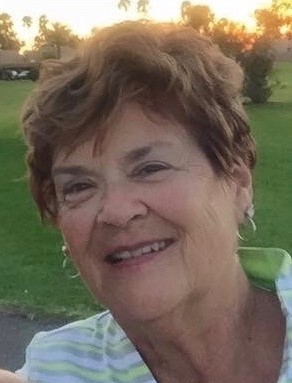 Laura “Jane” Sackman Chandler, 78, of Mesa, Arizona, formerly of Bald Bluff Township, IL, died Thursday, February 20, 2020 at home in Mesa. Services are 11:30 AM Saturday, February 29, 2020 at the First Christian Church in Keithsburg, IL. Burial is in the Little York Cemetery.  Visitation is 9 a.m. until the time of services Saturday where memorials may be left to the First Christian Church, West Central High School FFA, Fountain of the Sun Memorial Fund or the Church of Grace in Mesa, AZ.  Fippinger Funeral Home in Aledo is in charge of arrangements and online condolences can be made at www.fippingerfuneralhome.com.

Jane assisted her husbands, Jack and Chick, in the operation of the farm and assisted Jack in his auctioneering business.

Jane enjoyed golfing, playing bridge, quilting, traveling, boating on the Mississippi River and at the Lake of the Ozarks. Jane attended morning coffee and lunch bunch with friends where she shared stories about her life and her family. She was a friend to everyone, told many stories and had an infectious laugh. She was a member of the Fountain of the Sun Community Center and the Church of Grace in Mesa, Ariz.

Fisher and Jon Rausch preceded her in death.

To send flowers to the family in memory of Laura Chandler, please visit our flower store.