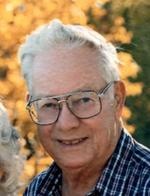 Larry D. Crawford, 78, of Alpha, IL, died Friday, October 18, 2013 at his home. Services are 11 a.m., Monday, October 21, 2013 at Peterson-Wallin-Knox Funeral Home in Alpha. Burial is in the Alpha Cemetery. Visitation is 2-4 p.m., Sunday at Peterson-Wallin-Knox Funeral Home in Alpha where Masonic Services will be conducted at 4 p.m. Memorials may be left to Shriner's Hospital for Children or the Tri-County Ambulance. Online condolences can be made at www.petersonwallinknox.com.

He was a member of the U.S. Navy Reserves. Larry was employed as a metallurgist with Case/IH in East Moline.

Larry was a member of the Rio Masonic Lodge # 685, Moline Consistory, Order of the Eastern Star, the Mohamed Shrine of Peoria and the Alpha American Legion. He enjoyed fishing and collecting ironware.

His parents; a sister: Gail Noble preceded him in death.


American Legion
Order of the Eastern Star
Shriners
US Navy Reserve
The insignias listed here may be subject to copyright and / or trademarked. Those copyrights and trademarks are owned by the respective organizations.

To send flowers to the family in memory of Larry Crawford, please visit our flower store.