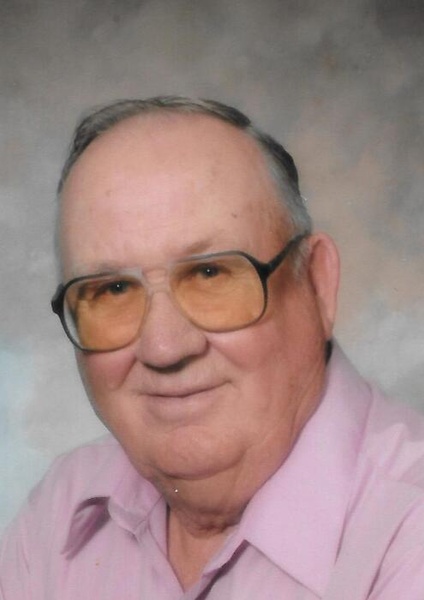 Kenneth B. Rehn, 97, of Orion, Illinois, formerly of Woodhull, went to be with the Lord Thursday, January 7, 2021 at Illini Restorative Care in Silvis. Private family services are Monday January 11, 2021 at Peterson Wallin Knox Funeral Home in Woodhull. Burial is in the Woodhull Cemetery where graveside military services will be conducted. Visitation is from 2-6 PM Sunday at Peterson-Wallin-Knox Funeral Home in Woodhull where memorials may be left to Bethany Lutheran Church or AlWood Food Pantry. Online condolences can be made at www.petersonwallinknox.com.

Kenny was a U.S. Army Air Corp. veteran serving from 1943-1946.  He was the top turret gunner in the B-24 Bomber and flew 17 missions. Kenny was the last surviving WWII veteran with the Miles S. Sturgeon American Legion Post 546 and he enjoyed attending the 781st Airborne Reunions.

He loved farming and in his mind, never left.

He was a member of the Bethany Lutheran Church, Henry County Farm Bureau, Livestock Feeder’s Association and the Board of Directors of the Woodhull COOP.  Kenny enjoyed bowling in his younger years, golfing in his older years, wintering in Texas and especially being with his family.   He was a die-hard Cubs fan.

His parents; wife, Lois; one son, Steven; one grandchild, Aric; two sisters and three brothers preceded him in death.

To send flowers to the family in memory of Kenneth Rehn, please visit our flower store.
Open