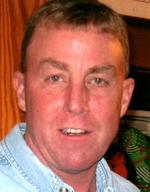 Keith B. Willems, 53, of New Windsor, was born into eternal life Saturday, November 10, 2012 in his home, surrounded by his family. Mass of Christian Burial is 10:30 a.m., Thursday at St. Anthony's Catholic Church in Matherville. Burial will be at a later date. Visitation is 4-8 p.m., Wednesday at Peterson-Wallin-Knox Funeral Home in Alpha. In lieu of flowers, a memorial fund will be established. On-line condolences can be made at www.petersonwallinknox.com.

He was born February 15, 1959 in Peoria, IL to Richard and Valarie Naslund Willems. He graduated from Winola High School in 1977 and went on to complete his journeyman apprenticeship. He married his high school sweetheart; Debbie Lawson August 2, 1980 in Viola.

In high school, Keith was employed at Red's Texaco Station in Viola. He was later employed as an ironworker with Ironworkers Local Union 111 for 33 years, retiring in January 2012.

He was a member of St. John's Catholic Church in Viola and a former member of the New Windsor volunteer fire department.

He enjoyed gardening, bowling, tinkering in his garage, spending time with his family and friends in his man cave at home. He was a Nascar fan and an avid Air Force supporter.

The family would like to especially thank the staff at Dr. Costas Constantinou and Heartland Hospice Care.

To send flowers to the family in memory of Keith Willems, please visit our flower store.