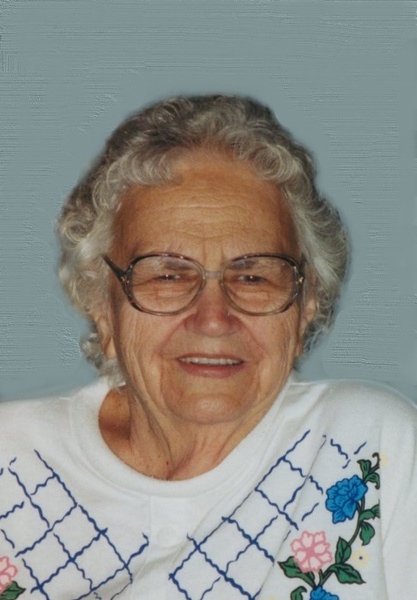 Katherine Huston, 97, of New Boston, Illinois, died Thursday, January 2, 2020 at Mercer Manor in Aledo.   A visitation will be from 4-6 p.m. Friday, January 10, 2020 at Fippinger Funeral Home in Aledo, where a rosary will be recited at 3:00 p.m.   Private graveside services will be Saturday at Greenmound Cemetery in Keithsburg.  In lieu of flowers, memorials may be left for the Mercer County Senior Citizens Center Kitchen Fund or the New Boston Fire Department.  Online condolences can be made at www.fippingerfuneralhome.com.

Katherine was a homemaker and was employed at the Gunter Food Products in New Boston.  She was later employed as a waitress and cook at Swaggers in New Boston and Vada’s Café in Joy.  Later, she cared for the elderly in the Keithsburg area.

Katherine was of the Catholic faith and a member of the former St. Theresa’s Catholic Church in New Boston.  Katherine was a voracious collector of newspaper clippings about family, friends and community people.  Katherine loved spending time with her family, enjoyed doing plastic canvas and taking care of her yard.

To send flowers to the family in memory of Katherine Huston, please visit our flower store.

Recitation of the Rosary