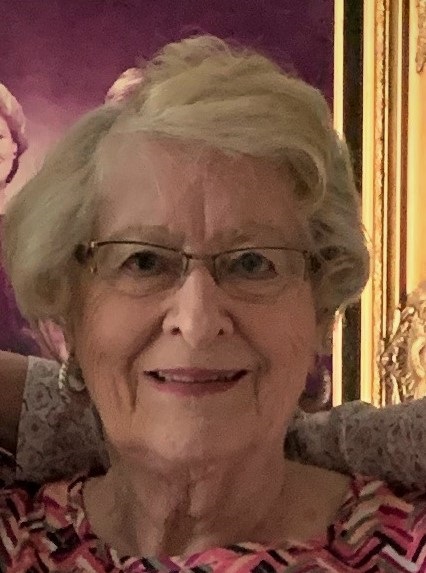 June Dahl passed away early in the morning on June 25, 2019 just as the birds were waking up. Very peacefully, she slipped through that door into the transforming light and arms of the Lord. Just as she wished, June lived out her nearly 88 years in her own home, spending the last 10 with her beloved kitty, Nicky. In keeping with June’s wishes, there will be no formal services. Cremation has been accorded. Gravesside services are 1:00 p.m. Friday, August 2, 2019 in the Aledo Cemetery where memorials may be left to the family. Fippinger Funeral Home in Aledo is in charge of arrangements. Online condolences may be made at www.fippingerfuneralhome.com.

June was born November 8, 1931 in Snyder, Texas the second of three daughters to Asaph Chandler and Mabel Elder Hammond. She earned undergraduate and graduate degrees from Northern Illinois University and met her future husband John in Fort Wayne, Indiana, where she was working and John had started his first post-college job at International Harvester.

John and June married on November 21, 1956. Dana was born in 1960 and Deborah the following year. June taught math and science at the junior high level during the 1950s and again in the late 1960s and early 1970s when her daughters were older. John’s corporate career in manufacturing procurement took the family all over the country, with June committed to successfully easing frequent transitions. Before John and June’s 1997 retirement to Hot Springs Village from Orlando, the Dahls had lived in Fort Wayne; Mt. Vernon, IA; the suburbs of Cincinnati (twice); the suburbs of Philadelphia (twice); Fremont, CA; Charlotte, NC; Grosse Pointe, MI; Lake Forest, IL; and finally, Dallas, when Dana and Deborah were in college.

June made good friends wherever she lived and counted a number of them friends still at her death. She was a loving, inspirational mother and devoted wife to John, cheerfully supporting his professional pursuits. June was deeply loved and will be equally missed. June was a past member of both the Daughters of the American Revolution and Mayflower Society through her father’s lineage and a devoted congregant of Faith Lutheran Church in Hot Springs Village.

She was preceded in death by her parents and husband: John.

To send flowers to the family in memory of June Dahl, please visit our flower store.