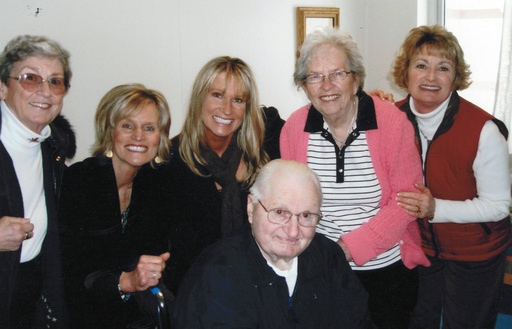 Julia F. "Judy" Kistler, age 87, a resident of Brookstone Senior Living in Aledo, Illinois, died Sunday June 12, 2016 at the Genesis Medical Center in Aledo. Cremation has been accorded. Graveside services are 11:30 AM. Tuesday June 21, 2016 at the Aledo Cemetery. Visitation is from 10 to 11:00 prior to services Tuesday at the Fippinger Funeral Home in Aledo where memorials may be left to the Brookstone Activity Fund. Online condolences may be made at www.fippingerfuneralhome.com.

She was a homemaker and a member of College Avenue Presbyterian Church. She enjoyed sewing, reading, crossword puzzles and especially being with her family.

She was preceded in death by her parents, husband, five brothers, Gene, Everett, David, Charles, Eddie McCreight and one sister, Martha Hemphill.

To send flowers to the family in memory of Julia Kistler, please visit our flower store.