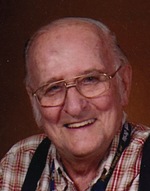 J. Warren Jackson, 85, of Aledo, IL died Friday, September 12, 2014 at his home. Graveside Services are 11:00 a.m. Tuesday, September 16, 2014 at Aledo Cemetery where Military Services will be conducted. Fippinger Funeral Home in Aledo is serving the family. Memorials may be left to the Aledo Messiah Lutheran Church and online condolences can be made at www.fippingerfuneralhome.com.

He was born April 28, 1929 in Chicago, IL to Robert and Marion Gerry Jackson. He graduated from the Roosevelt Military Academy in Aledo in 1948, Colorado State University in 1955 and the University of Chicago in 1964.

Warren was an Economist and a long range Corporate Financial Planner for Standard Oil Company and Northwestern Railroad in Chicago retiring in 1994.

He was a lifetime member of the American Legion and the Aledo Masonic Lodge #252 AF & AM. He enjoyed photography.

He is survived by a cousin, Ashley Wagner of Cypress, Texas.


Army
Army
Evangelical Lutheran Church in America
The insignias listed here may be subject to copyright and / or trademarked. Those copyrights and trademarks are owned by the respective organizations.

To send flowers to the family in memory of Joseph Jackson, please visit our flower store.