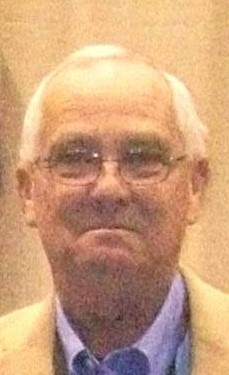 John R. O’Hearn, age 75, of Aledo, Il. Died Thursday December 13,2018 at the Genesis Senior Living in Aledo. Cremation has been accorded. Funeral services are 11:00 AM Monday December 17, 2018 at the Fippinger Funeral Home in Aledo. Burial is in the National Cemetery, Rock Island Arsenal where military rites will be conducted. Visitation is from 9:00 AM until time of services Monday at Fippingers where memorials may be left to St. Jude’s Children’s Research Hospital or FurEver Friends. Online condolences can be made at www.fippingerfuneralhome.com

For several years, he served as a Mercer Township Trustee and was a former member of the Mercer County Fair Board. He enjoyed spending time at his farm watching the crops grow and wintering to Mexico, Florida, Mississippi and Georgia. In his early days he enjoyed boating on the Mississippi and Lake of the Ozarks.

His parents and a sister Shirley Hawn preceded him in death.

To send flowers to the family in memory of John O'Hearn, please visit our flower store.
Open