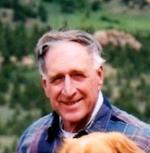 John R. Frerkes, 69, of Rio, IL, died Monday, October 28, 2013 at his home. Mass of Christian Burial is 10:30 a.m., Saturday, November 2, 2013 at St. John's Catholic Church in Woodhull, IL. Burial is in St. John's Cemetery in Woodhull. Visitation is one hour prior to services at the church where memorials may be left to the American Cancer Society or St. Jude's Children's Hospital. Peterson-Wallin-Knox Funeral Home in Alpha in charge of arrangements. Online condolences can be made at www.petersonwallinknoxfuneralhome.com.

He was born September 27, 1944 in Moline, IL, a son of Robert and Stella DeVolder Frerkes. He graduated from St. Bede Academy in Peru, Illinois and attended two years of junior college at St. Bede. John graduated from St. Ambrose University in Davenport, Iowa with a B.A. in Science and a B.S. in Math and Physics. He married Nancy A. Weech June 17, 1967 in Galesburg, IL. She died in 1992.

Surviving is his mother, Stella Frerkes of Moline; one niece: Niki Frerkes; several cousins: including: Joan (Jim) Pinks of Holland, MI; and a sister-in-law: Pat Felter of New Mexico.

He was preceded in death by his father, wife and one brother: Joseph.

To send flowers to the family in memory of John Frerkes, please visit our flower store.