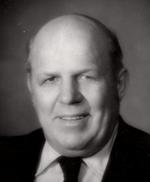 John W. Edmund Jr., 83, prominent area pork producer and nationally recognized farmer, of Alpha, IL died Friday, April 12, 2013 on the family farm surrounded by his family and friends. A Celebration of Life is 10 a.m., Tuesday, April 16, 2013 at Harvest Bible Chapel in Woodhull. Burial is in the Andover Cemetery. Visitation is from 4-7 PM Monday, April 15, 2013 at Peterson-Wallin-Knox Funeral Home in Woodhull. Memorials may be left to the AlWood Academic Foundation, Harvest Bible Chapel or Tri-County Ambulance. Online condolences can be made at www.petersonwallinknox.com.

He was born December 30, 1929 in Galesburg, IL to John Sr. and Inez Johnson Edmund. He attended Middle District School in rural Cambridge, IL. He married Susan Peterson September 25, 1954 in the Coldbrook Christian Church in Cameron, IL.

John was a proud U.S. Marine, serving during the Korean Conflict as a drill sergeant.

He was a very successful third generation farmer on the land owned by his family founded in the 1860s. He was the largest pork producer in the State of Illinois in the 1970s, having won many national and state awards throughout his career.

He enjoyed reading, was a world traveler and enjoyed traveling in his motor home with Susie. He especially enjoyed spending time with his family and grandchildren. He was an avid Cubs fan.

His parents; one daughter: Jennifer; one grandson; one great grandchild: Jacob; and 7 brothers preceded him in death.


Farm Bureau
Korean Service Medal
Marine Corps League
The insignias listed here may be subject to copyright and / or trademarked. Those copyrights and trademarks are owned by the respective organizations.

To send flowers to the family in memory of John Edmund Jr, please visit our flower store.