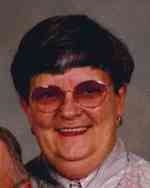 Joanne E. Beard, 75, of Aledo, Illinois died Tuesday, May 19, 2015 at Genesis Senior Living in Aledo. Cremation has been accorded. Order of Eastern Star Services will be at 2:30 PM Saturday, May 23, 2015 at Fippinger Funeral Home in Aledo. A funeral service will follow with the Reverend Mark Harris officiating. Burial will be in the Candor Cemetery, rural Seaton, IL. Visitation will be 1-2:30 p.m. prior to services at Fippinger's where memorials may be left to the OES Chapter #126 or the Aledo United Methodist Church. Online condolences can be made at www.fippingerfuneralhome.com.

Joanne was born February 29, 1940 in Rock Island, IL to Edward and Katharine Henry Jones. She graduated from Keithsburg High School in 1958. She received her LPN from St. Luke's Hospital in Cedar Rapids, Iowa and graduated from Black Hawk College School of Nursing.

Joanne was a registered nurse and spent most of her career in the nursing home environment for over 30 years.

Order of the Eastern Star
United Methodist Church
VFW Auxiliary
The insignias listed here may be subject to copyright and / or trademarked. Those copyrights and trademarks are owned by the respective organizations.

To send flowers to the family in memory of Joanne Beard, please visit our flower store.