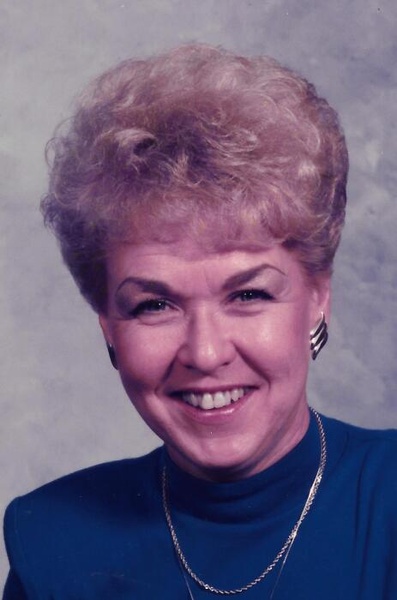 Joan D. Phillis, 81, of Alpha, Illinois, died Monday, June 8, 2020 at Seminary Manor in Galesburg.  Visitation is 10-11:30 a.m. Friday, June 12, 2020 at Peterson Wallin Knox Funeral Home in Alpha.  Private services will follow.  Burial is in the Rosedale Cemetery in Cambridge, IL. Memorials may be left to the Oxford American Legion Post #1197 and online condolences may be made at www.petersonwallinknox.com.

Joan was born December 5, 1938 in Kirkwood, Illinois to Ervin and Leona Hull Montgomery.  She attended the local schools.  Joan was united in marriage to Dale Phillis on December 7, 1956 in Fort Eustis, Virginia.  He preceded her in death on April 12, 1985.

She was employed at the Woodhull Plaza, John Deere Parts Distribution in Milan and John Deere Harvester in East Moline.  She retired in December 1999.

She enjoyed cooking, making fudge, flowers and taking care of her dog, Sophie.  She loved spending time with her family especially her grandchildren and great grandchildren.

She was preceded in death by her parents, husband, Dale, daughter, Vicki Jo and brothers, Cliff, Derald, David and Michael.

To send flowers to the family in memory of Joan Phillis, please visit our flower store.
Open