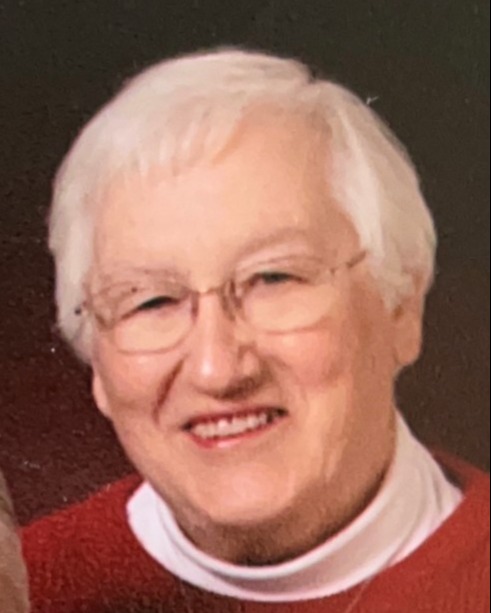 Joan M. Mack, 91 of Rock Island, formerly of Viola, IL was surrounded by love as she passed Tuesday, October 25, 2022 at Friendship Manor Silver Cross in Rock Island.  Mass of Christian Burial will be 10:00 a.m. Wednesday, November 2, 2022 at the St. Anthony’s Catholic Church in Matherville. Burial will be in the St. John’s Cemetery, Viola.  Visitation will be 4-7 p.m. Tuesday at Fippinger Funeral Home in Aledo where a rosary will be recited at 3 p.m. prior to visitation. In lieu of flowers, memorials may be left to St. Mary Magdalene Parishes, St. Pius X Church or Friendship Manor. Online condolences can be made at www.fippingerfuneralhome.com.

Joan was born January 3, 1931 in Viola, Illinois to John and Pauline Smith Kness. Pauline died when Joan was five and a half months old.  Joan lived at and attended Immaculate Conception Academy in Davenport for seventh and eighth grades.  She graduated from Viola High School in 1949 and St. Anthony Hospital School of Nursing in 1952 where she worked for three years.  She was Winola School District’s only school nurse for fourteen years. On October 15, 1955, Joan was united in marriage to Otis B. Mack at St. John’s Catholic Church in Viola.  He died August 29, 2019.

Joan was a member of both St. Pius X Church in Rock Island and the former St. John’s Catholic Church in Viola.

She enjoyed reading, sending cards to people on special occasions, baking with her family and sharing recipes.  She passed down her love of baking and cooking to her children and grandchildren.  She shared her deep faith with her family.  Joan loved to watch birds, butterflies, flowers, sunsets, and watch the trees change.