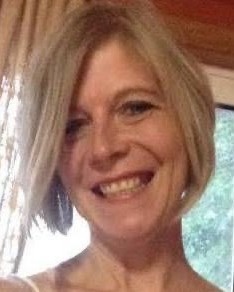 Jil Carlson Petrie, 49, of Ophiem, died Tuesday, Sept. 27, 2022 at OSF St. Mary Medical Center in Galesburg, following a 7½ year battle with metastatic breast cancer.
She was born Jill Annette Carlson on May 17, 1973, at Galesburg Cottage Hospital, the daughter of Robert Lester and Mary Victoria Nelson Carlson. She was raised in rural Rio and attended AlWood schools, graduating a year early in 1990.
She graduated from the University of Illinois at Urbana-Champaign in 1994 with a bachelor’s degree in early childhood education. While in college, she worked at Campus Florist on Green Street, as her mother did in college during the 1960s. In 1997, Jil received the Beginning Educator Award from the Education Alumni Association at the University of Illinois. She also earned a master of science degree in education from Western Illinois University in 2009.
Jil was a vibrant and devoted educator, teaching in schools in Texas and Idaho before returning home to Illinois, where she worked as a teacher and administrator at several area schools. When it became too difficult to continue working full-time due to cancer, she founded and ran Jil’s Catering Co.
She married Scott Petrie on June 26, 1999, at the United Church of Woodhull. In January of 2004, they adopted Devontae Orlando Kyle, just weeks before their son Sam Emerson Petrie was born. Their daughter Mia Jane Petrie arrived the following year. Jil was also a vibrant and devoted mother.
In the spring of 2015, Jil found a small, malignant lump in one breast. She was then diagnosed with Stage 4 breast cancer because it had already metastasized to her bones. Her first oncologist told her the cancer was so advanced at that time, there was nothing to do except call hospice.
Needless to say, Jil sought a second opinion.
She found the comprehensive, personalized care she needed at Cancer Treatment Centers of America in Zion, and she defied the odds, far surpassing the median survival rate of three years. She did so with incredible grace and remarkable strength — and she did it for her children.
Surviving are her parents, Robert and Vicky Carlson of Rio; two sisters, Jane Carlson (Chad Simpson) of Monmouth, and Joy Carlson (Ed Franciskovich) of Fairview; the father of her children, Scott Petrie of Ophiem; two sons, Devontae Petrie of Mount Sterling, and Sam Petrie of Ophiem; a daughter, Mia Petrie of Ophiem; a niece, Phoebe Harper of Fairview; two nephews, Levi Harper and Zobie Franciskovich, both of Fairview; and many aunts, uncles, cousins, and dear friends.
She was preceded in death by her grandparents, Glenn and Louise Carlson of Rio and Everett and Hester Nelson of Ontario; and a niece, Emma Jane Harper.
The family would like to thank Dr. Dennis Citrin and the entire team at Cancer Treatment Centers of America for giving Jil hope and for giving us more years with her; and Dr. Andrew Milian and the 4th-floor nurses at OSF St. Mary Medical Center for their attentive and compassionate care at the end of Jil’s life.
Per Jil’s wishes, her body was donated to science for breast cancer research.
Jil never wanted a sad, somber funeral. She wanted us to celebrate her life and to live our own lives boldly in her absence. A Celebration of Life is planned for 10 a.m. Saturday, Oct. 15 at the United Church of Woodhull, with the Rev. Cheyenna Losey officiating. Please do not wear black. A luncheon will follow at the church. Memorials may be made to the Jill C. Petrie Trust for her children or to METAvivor, a non-profit organization dedicated to increasing awareness and treatment for advanced breast cancer.
To send flowers to the family in memory of Jil C. Petrie, please visit our flower store.