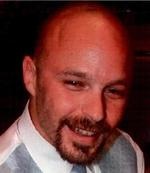 Jeremy D. Young, 35, of Aledo, Illinois, formerly of Cambridge, died Saturday, January 4, 2013 in rural Cambridge. Services are 10:30 a.m., Thursday, January 9, 2014 at Alpha United Methodist Church. Burial is in the Western Township Cemetery in Orion, Illinois. Visitation is 4-7 p.m., Wednesday at Peterson-Wallin-Knox Funeral Home in Alpha. Memorials may be left to the Madison Young Educational Fund and online condolences can be made at www.petersonwallinknox.com.

He was born June 28, 1978 in Houston, Texas to Christopher and Debra Hawk Young. He attended the Orion Schools. He married Heather M. Dole May 9, 2009 in Bettendorf, Iowa.

Jeremy was a self-employed truck driver before being employed by his father at Hope Young Trucking Company Inc. in rural Alpha.

He was an accomplished musician, played several different instruments, including the guitar. Jeremy was a member of the Fatal X band in the Quad Cities. He enjoyed fishing and being with his family.

He was preceded in death by his grandfathers; and one sister: Jennifer Young Valdivia.


Music Notes
The insignias listed here may be subject to copyright and / or trademarked. Those copyrights and trademarks are owned by the respective organizations.

To send flowers to the family in memory of Jeremy Young, please visit our flower store.