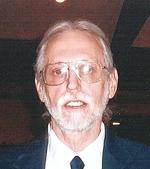 Jeffery D. Bigham, 61, of Aledo, IL passed away Thursday, January 19, 2012 at Mercer County Hospital in Aledo. Funeral services are 1:30 PM, Monday, January 23, 2012 at Fippinger Funeral Home in Aledo, IL. Visitation is 3-6 PM Sunday at the funeral home where a memorial fund will be established. Burial is in the Aledo Cemetery. On-line condolences may be made at www.fippingerfuneralhome.com.

He was born April 26, 1950 in Aledo, IL, a son of Richard and Eleanor (Schmidt) Bigham. He graduated from Aledo High School and later married Kathy Dixon on March 24, 1998 in Aledo.

Jeff was employed at his father's store, Bigham Floor Covering in Aledo since a child and most recently Wal-Mart. He also worked in Arizona as a carpenter for a couple years.

He loved animals, having raised cows, horses, dogs, playing guitar and singing. He also enjoyed bowling when he was younger. His family was the greatest love of his life.

He was a member of Zion Lutheran Church in Taylor Ridge.

He was preceded in death by his parents, one brother: John and one niece.

To send flowers to the family in memory of Jeffery Bigham, please visit our flower store.