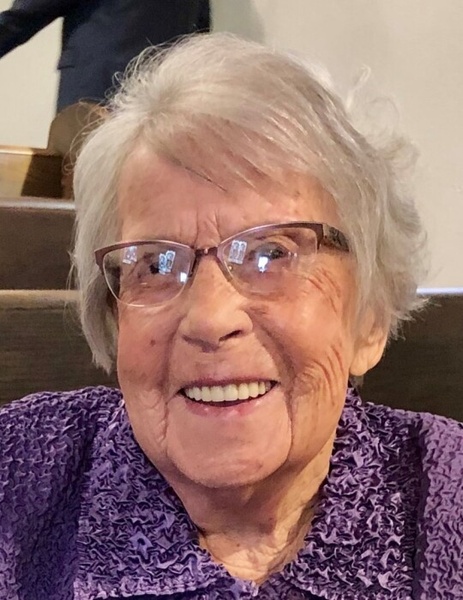 Jean F. Welch, 94 of Aledo, IL passed away with her sons and daughters by her side on Thursday, September 10, 2020 at UnityPoint Health Trinity in Rock Island.  Visitation is Saturday, September 12, 2020 at St. John’s Catholic Church in Viola from 10:00 a.m. until noon.  A Rosary will be recited at noon and Mass of Christian Burial is 12:30 p.m. Saturday.  Burial will be in the St. John’s Catholic Cemetery in Viola. All services will be open to the public for those who feel comfortable to attend. Fippinger Funeral Home in Aledo is in charge of arrangements and memorials may be left to St. John’s Catholic Cemetery or St. Catherine’s Catholic Church.  Online condolences can be made at www.fippingerfuneralhome.com.

She was born November 4, 1925 in Sterling, Illinois to John and Anna Graff Bates.  She graduated from St. Mary’s High School in Moline in 1943 and Moline Public Hospital School of Nursing through the Cadet Nurses Corp.  She married John L. Welch May 17, 1947 in St. Anne’s Catholic Church in East Moline, IL. He died September 28, 2012.

Jean was employed as a registered nurse at Moline Public Hospital until moving to the farm southwest of Viola near Gilchrist and raised her family.  They moved to Aledo in 1983.

Jean was a former member of St. John’s Catholic Church in Viola and currently a member at Catherine’s Catholic Church in Aledo where she served on the Altar and Rosary Society.  She enjoyed sewing, playing cards, attending the Mercer County Senior Center especially being with her family.

Jean was preceded in death by her parents, husband, two children, Deborah Ann and Mary Patricia; two daughter-in-laws:  Marlene and Lori Welch; one sister, Marie and one brother, John.

To send flowers to the family in memory of Jean Welch, please visit our flower store.
Open