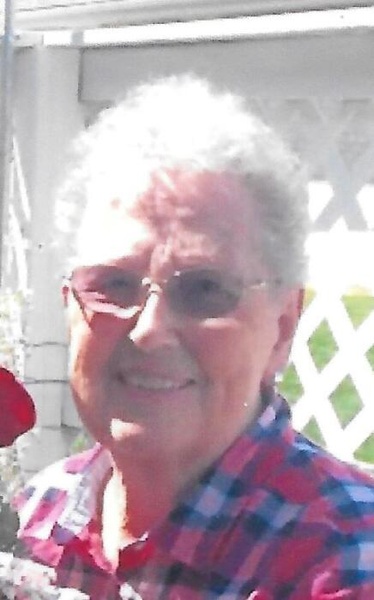 Janet R. Holdsworth, 85 of Galesburg, IL, formerly of Alpha, IL died Wednesday, May 13, 2020 at Seminary Manor in Galesburg.  Private graveside services are Saturday, May 16, 2020 in the Alpha Cemetery.  There is no visitation.  Memorials may be left to the Alpha Cemetery Association.  Peterson-Wallin-Knox Funeral Home in Alpha is in charge of arrangements and online condolences can be made at www.petersonwallinknox.com.

Janet was born May 5, 1935 in Alpha to Floyd and Agnes Patterson Krueger.  She attended the Alpha schools.  On March 14, 1953, she was united in marriage to Richard W. Holdsworth at Ft. Smith, Arkansas.

Janet was a homemaker and for many years she worked at various businesses including the Woodhull Plaza and the Bank of Galesburg.

Her memberships include: the Alpha Methodist Church and the Girl Scouts of America where she was a leader for many years.  Janet enjoyed the First United Methodist Church in Galesburg. She enjoyed cooking, baking, sewing and spending time with her family.

Her parents; one sister: Shirley and two brothers: Earl and Dick preceded her in death.

To send flowers to the family in memory of Janet Holdsworth, please visit our flower store.