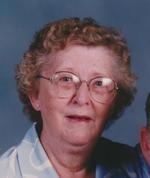 Jane E. Kenney, 90, of Aledo, IL died Monday, November 30, 2015 at Genesis Medical Center in Silvis. Services are 10:30 a.m. Friday, December 4, 2015 at Trinity Presbyterian Church in Aledo. Burial is in the Candor Cemetery, rural Aledo. Visitation is 4-8 p.m. Thursday at Fippinger Funeral Home in Aledo. Memorials may be left to Trinity Presbyterian Church or the Mercer County Historical Society Online condolences can be made at www.fippingerfuneralhome.com.

She was born May 27, 1925 in rural Aledo, IL to Richard and Alice Cabeen Edwards. She graduated from Alexis High School. Jane received her nursing degree from Cottage Hospital in Galesburg and served her internship at Rush Presbyterian Hospital in Chicago. Jane married J. Leonard Kenney on September 29, 1945 in Norman, OK.

Jane was a homemaker and was employed as a school nurse for the Seaton and Aledo Unit School District 201.

She was a charter member of Trinity Presbyterian Church in Aledo, DAR, Mercer County Home Extension and the Mercer County Historical Society. Jane enjoyed quilting, gardening, reading, traveling extensively and especially enjoyed being with her family.

Jane was preceded in death by her parents, two sons, Rodney and Brian; two grandsons, Vincent and Benjamin; two brothers, David and Richard.


Christian Cross
Daughters of the American Revolution
The insignias listed here may be subject to copyright and / or trademarked. Those copyrights and trademarks are owned by the respective organizations.

To send flowers to the family in memory of Jane Kenney, please visit our flower store.