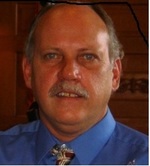 James D. Streeter, 52, of New Windsor, IL died Friday, January 22, 2016 at the Richard Owens Hospice Home in Peoria. Private family graveside services are 11 a.m. Wednesday, January 27, 2016 at the New Windsor Cemetery. Visitation is 4-7 p.m. Tuesday at Peterson-Wallin-Knox Funeral Home in Alpha. Memorials may be left to New Windsor Cemetery Association or the American Diabetes Association. Online condolences can be made at www.petersonwallinknox.com.

He was born November 27, 1963 in Galesburg, Illinois to Donald and Cheryl Honeyman Streeter. He graduated from AlWood High School and Blackhawk College East Campus in Kewanee.

Upon graduation, he moved to Denton, TX where he was employed as a carpenter in the home construction industry for over 10 years. He returned to New Windsor and worked for Russell Construction Company and was later self-employed.

He loved to travel to Northern Wisconsin to snowmobile and ATV. Jim especially enjoyed being with family, friends and his dog, Max.

He is survived by one sister, Cindy (Jim) Cation of Galesburg, IL; his soulmate and companion of 15 years, Lori Whitsell of New Windsor, IL.

Jim was preceded in death by his parents and one brother, Jeffrey.

To send flowers to the family in memory of James Streeter, please visit our flower store.