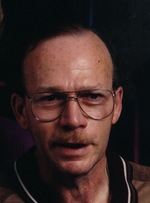 James L. McChesney, 65, of Aledo, Illinois died Sunday, August 17, 2014 at Cottage Hospital in Galesburg. Family and friends will meet at Fippinger Funeral Home at 11:00 a.m. Wednesday, August 20, 2014 to process to National Cemetery on Arsenal Island for a Noon graveside service to be conducted by Mercer County VFW Post 1571. Visitation is from 6-8 PM Tuesday at Fippinger's. A memorial fund will be established and online condolences can be made at www.fippingerfuneralhome.com.

He was born September 12, 1948 in Burlington, Iowa to Raymond and Eleanor Griggs McChesney. James graduated from Aledo High School in 1966. On October 18, 1978, he was united in marriage to Kathleen Harmon in Las Vegas, Nevada.

James was employed in the parts department for Harney Morgan Chevy/Olds, Lohse Automotive Company and Henderson Ford for many years. He and Kathy owned and operated Main Street Inn for two years.

He was a member of Mercer County VFW Post 1571 and former member of the Aledo Jaycees. He enjoyed playing cards and vintage automobiles.


Army
Army
Jaycees
VFW
The insignias listed here may be subject to copyright and / or trademarked. Those copyrights and trademarks are owned by the respective organizations.

To send flowers to the family in memory of James McChesney, please visit our flower store.