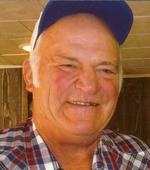 James C. Douglas, age 71, of Little York, IL, died Monday, December 24, 2012 at Aledo Health and Rehab in Aledo. Services are 2:00 p.m., Friday, December 28, 2012 at the Little Cedar Church in Little York. Burial is in Greenmound Cemetery, Keithsburg, IL. Visitation is 4-8 p.m. Thursday at Fippinger Funeral Home in Aledo where memorials may be left to the American Cancer Society or the Little Cedar Church. Online condolences can be made at www.fippingerfuneralhome.com.

He was born October 15, 1941 in Aledo, IL to William and Caroline Harrison Douglas. He graduated from Aledo High School in 1959 and married Sally Gronis January 18, 1966.

He was self-employed all his life as a heavy equipment operator, semi driver and farmer in the Little York area. He was a former Bald Bluff Road Commissioner and a member and former elder of the Little Cedar Church. He was also a member of the NRA and Farm Bureau. He enjoyed hunting, fishing, reading, watching westerns and family dinners.

His father: William preceded him in death.

To send flowers to the family in memory of James Douglas, please visit our flower store.