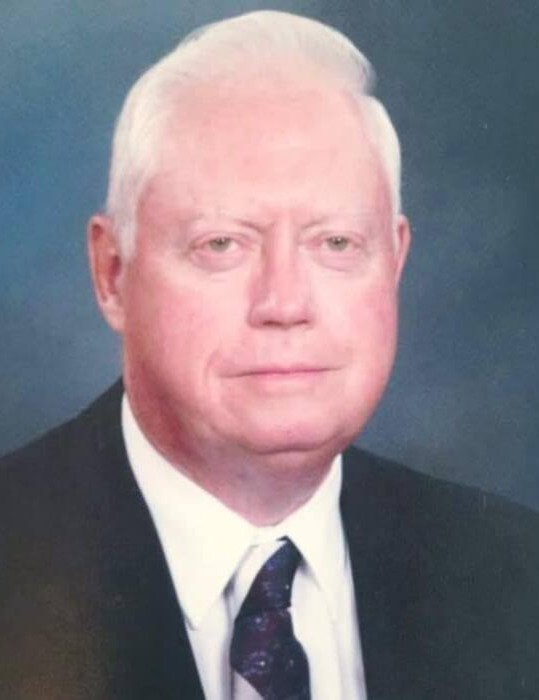 James W. Dellitt, age 82, of Aledo, Illinois died Monday December 7, 2020 at
Mercer Manor in Aledo. Services are at 10:00 am Saturday December 12, 2020 at
the Fippinger Funeral Home in Aledo. Burial will be in the Hamlet Cemetery
where military rites will be conducted. Visitation is from 2-6:30 pm Friday at
Fippingers where a memorial fund will be established. Family will be in
attendance from 4:30-6:30 pm. A Masonic service will be held after the visitation.
Social distancing, masks and Covid-19 Guidelines will be required.
Jim was born September 17, 1938 in Aledo to John and Marguerite Giffin Dellitt.
He graduated from Aledo High School and served in the U.S. Navy aboard the
USS Roosevelt as a communications specialist.
In 1965, he married Barbara Toellen. He later married Deanna “Dee” Barnes
Cosgrove March 18, 1983 in Aledo. She died March 12, 2019.
After returning from the Navy, he worked for his father who was the Perryton
Township Road Commissioner. He later started Dellitt Trucking and eventually
partnered with his brothers to form Dellitt Trucking and Ag. Jim went on to be a
salesman for Crop Production Services for many years and retired from Nutrien Ag
in 2019. He made many great friends in the farming industry in his over 60 years in
the business. He also assisted his wife, Dee, in the operation of the Town and
Country Lanes and Restaurant in Aledo for many years.
He was a member of the United Methodist Church in Aledo, the Oakview Country
Club, Mohammed Shrine Temple in Peoria and was a past master of the Buffalo
Prairie Masonic Lodge # 679. He was active in the Valley of Moline Scottish Rite
where he received the Meritorious Service Award known as the Red Cap Award.
One of his great joys was attending his yearly class reunion of the class of 1956.
He loved spending time with his classmates and made them all a different themed
music CD for each reunion. He also liked to share one or two of his signature jokes
with them.
Jim had a great love for all types of music and was an avid music collector. He
was a talented musician in his own rite, playing the saxophone throughout the area
with his own local band known as “Jimmy Dellitt and His Notables.” In later years
he delighted his family by giving small “concerts” during Christmas holidays and
family get togethers. He was a devoted, life-long St. Louis Cardinals Fan.
Most of all Jim deeply loved and was devoted to his family. A favorite family
quote by one of his son-in-laws when asked by his wife why he couldn’t be more

like Jim Dellitt was “there is only ONE Jim Dellitt”! And that was indeed true. He
kindness, caring, humor and his infectious laugh will be greatly missed by his
family and his many friends.
Survivors include his children, Rebecca (Jeff) Middleton of Coal Valley, Jeff
(Shelly) Dellitt of Bettendorf, Denise (John) Kelly and Susie (John) Swearingen
both of Aledo, Karen (Jim) Murphy of Donahue, Iowa, Andy Sharp and Deena
(John) Maurus both of Rock Island, 12 grandchildren, 10 great grandchildren, 1
lovingly expected, 2 sisters, Vivian Brown and Vicki (Larry Finley) Dellitt both of
Aledo, 2 brothers, J.W. (Jo) Dellitt and Gary (Connie) Dellitt, both of Aledo and
several nieces and nephews.
His parents and his wife, Dee preceded him in death.

To send flowers to the family in memory of James Dellitt, please visit our flower store.
Open