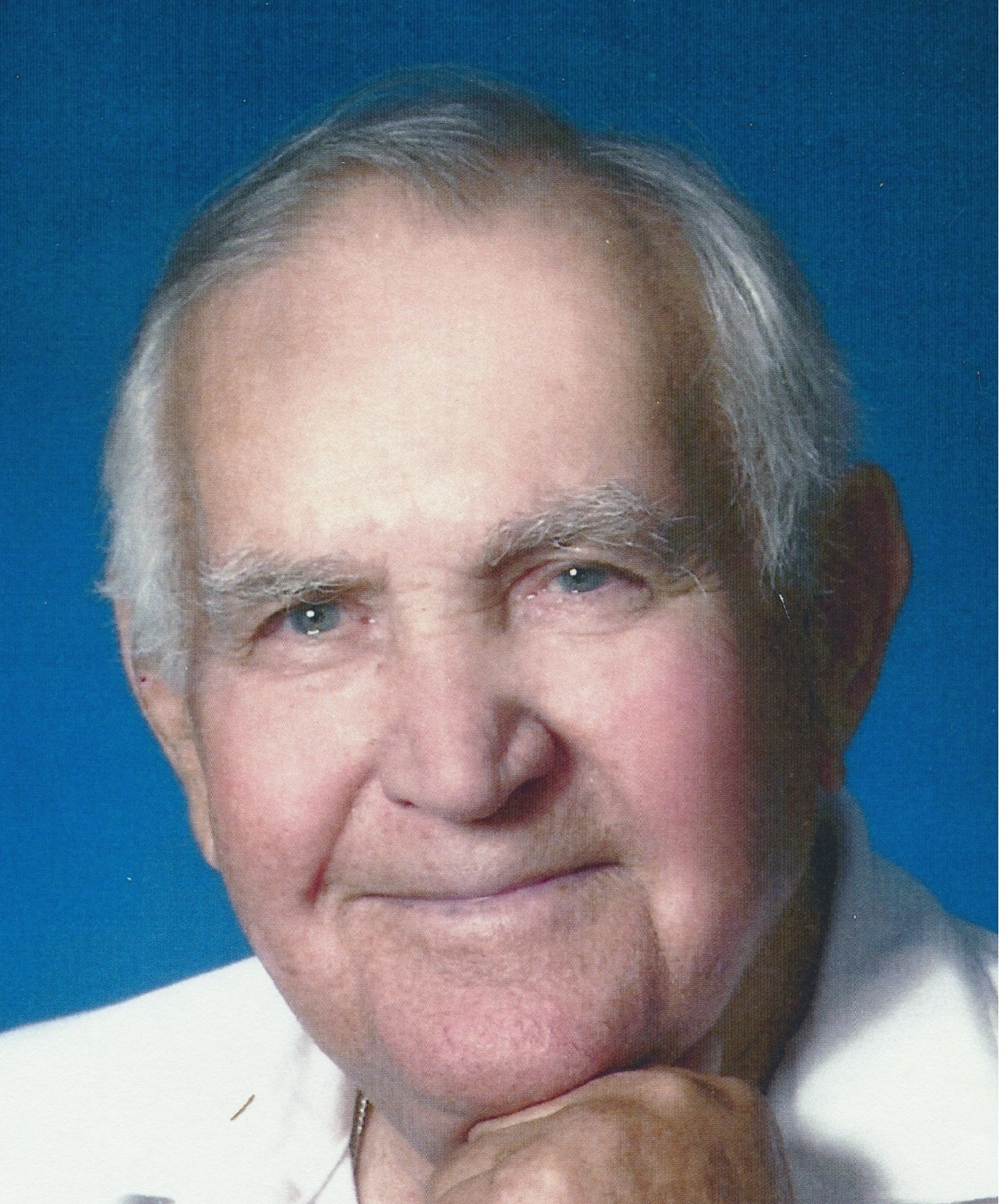 James G. Conway Sr., 96 of rural Reynolds, Aledo, IL and recently of Sun City, AZ, passed to eternal life Saturday, June 9, 2018 at Advanced Healthcare, Glendale, AZ surrounded by the love of family members. A Mass of Christian Burial is 11:00 a.m. Saturday June 16, 2018 at St. Catherine’s Catholic Church in Aledo. Burial is in the St. Joseph’s Catholic Cemetery, rural Aledo. Visitation is 4-7 p.m. Friday June 15, 2018 at Fippinger Funeral Home in Aledo where a Rosary will be recited at 7:30 p.m. Memorials may be made to the American Diabetes Association. Online condolences can be made at www.fippingerfuneralhome.com.

James Gerald Conway was born in rural Reynolds on November 18, 1921. He was the second child of Charles J. Conway and Anna A. Grady Conway. He attended Fairplay School, Reynolds and, St. Joseph High School, Philo, IL. He graduated from Reynolds High School in 1938. He attended St. Ambrose College. At Reynolds High, he competed in track & field, running distances and throwing the javelin. He learned and played cornet and violin. He sang in a beautiful baritone voice.

James served in the United States Army during WWII, rising to the rank of 2nd Lieutenant.

Jim farmed in Preemption Township for 65 years. He loved farming. The farm produced corn, soybeans, oats and hay. In the 1960s, ‘70s, ‘80s and ‘90s, he maintained a herd of brood cows and calves. Over his career, he produced and marketed thousands of cattle.

Jim was a quietly devout and faithful Catholic. His practice of charity to those in need around him was constant. He and Meg led by example in encouraging their children to follow the teachings of Christ, especially to practice kindness to others and to accept individuals with different backgrounds and beliefs. They steadfastly encouraged their children (and others) to gain as much education as possible.

James was preceded in death by his parents, wife, Megan; their daughter: Sheila Kathleen (1/6/48); a granddaughter: Gloria Montoya Conway (1979); his sister: Mary Eleanor McDonald; and his brothers: Thomas P. and Charles F. Conway.

To send flowers to the family in memory of James Conway Sr., please visit our flower store.
Open