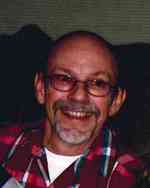 James A. Shaw, 62, of Rock Island, IL, died Wednesday, May 29, 2013 at Barnes Jewish Hospital in St. Louis, Missouri. Services are 11:30 a.m., Monday, June 3, 2013 at Fippinger Funeral Home in Aledo. Burial is in the Rock Island Memorial Park Cemetery where graveside military services will be conducted. Visitation is 3-6 p.m., Sunday at Fippinger's where memorials may be left to the American Cancer Society for Non Hodgkin's Lymphoma Research. Online condolences can be made at www.fippingerfuneralhome.com.

James was a U.S. Army veteran, serving in the Vietnam War from 1970-1972. He was a recipient of the Vietnam Service Medal with two bronze service stars and the Bronze Star Medal.

He was employed as an assembler at John Deere Davenport Works. He was a member of the UAW and enjoyed fishing, traveling and his family.

He was preceded in death by his father; and one brother: Robert.


Army
Army
Bronze Star
The insignias listed here may be subject to copyright and / or trademarked. Those copyrights and trademarks are owned by the respective organizations.

To send flowers to the family in memory of James Shaw, please visit our flower store.