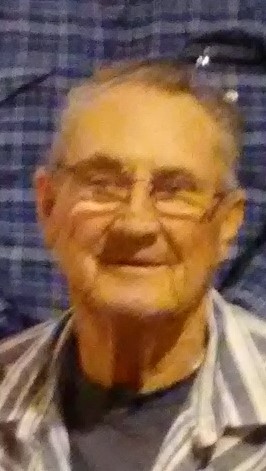 Jack A. Etheridge, 80 of New Boston, IL died Monday, February 5, 2018 at home surrounded by his daughters. Graveside services are 1:30 p.m. Saturday February 10, 2018 at the Aledo Cemetery where graveside military services will be conducted. There is no visitation. Fippinger Funeral Home is in charge of arrangements. In lieu of flowers, a memorial fund will be established and online condolences can be made at www.fippingerfuneralhome.com.

He was born November 3, 1937 in New Boston, Illinois to Edward and Helen Riddle Etheridge. He attended the Aledo schools and married Janet M. Brock in 1961. They divorced.

Jack was employed as a welder at McLaughlin Auto Body and later a carpenter at Etheridge Construction. He was a member of the Aledo United Methodist Church. Jack enjoyed fishing, hunting and woodworking.

To send flowers to the family in memory of Jack Etheridge, please visit our flower store.
Open