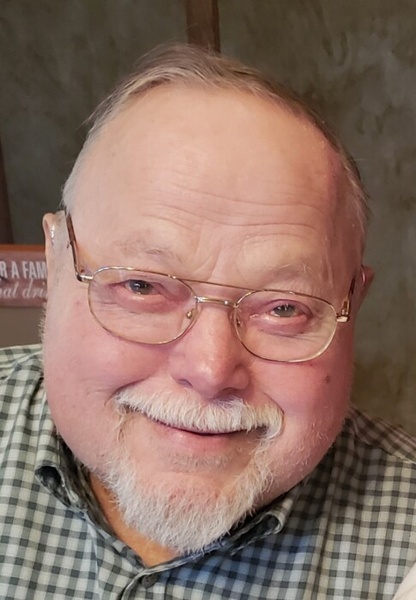 Jack L. Anderson, 85 of Woodhull, IL passed away Monday, February 15, 2021 at UnityPoint Trinity in Rock Island, IL.  Private services are Monday, February 22, 2021 at Peterson-Wallin-Knox Funeral Home in Woodhull. Burial is in the Woodhull Cemetery. Visitation is 1-6 p.m. Sunday at the funeral home where memorials may be left to the Tri-County Ambulance, Clover Township Fire Department or the Woodhull Cemetery. Online condolences can be made at www.petersonwallinknox.com.

He was born November 14, 1935 in Bishop Hill, IL to Julius “Chic” and Elizabeth Falk Anderson. Jack graduated from AlWood High School in 1953, entered the Army in 1954 and was stationed at Fort Leonard Wood in MO.  Jack married Dorothy Lambin January 18, 1959 and resided in Woodhull from then on.

He worked at McLaughlin Body Shop in Moline and International Harvester before joining his father as co-owner of Woodhull Recreation (bowling alley).  He then ran the Amoco Service Station in Woodhull before becoming owner of Jack’s Place (tavern) where he and Dorothy served their famous tacos.

Jack was a volunteer firefighter for 25 years for Clover Township Fire District and served as fire chief for 5 years. He was a former member of the Woodhull Jaycees, the Woodhull Lions Club and current member of the Oxford American Legion Post #1197.  He did lawn care for Pioneer Hybrid in Woodhull as well as the cemetery in Bishop Hill, IL.  Jack created a variety of horseradish sauces, which would later be named Jackradish, and people came from near and far for it.  He was an avid sports fan, enjoyed Nascar racing and loved the Chicago Cubs and Chicago Bears.

He was preceded in death by his parents, two brothers, Benny and Gerald “Bud” Anderson; sister, Phyllis Tarleton and nephew, Toney Anderson.

A Memorial Tree was planted for Jack

To send flowers to the family in memory of Jack Anderson, please visit our flower store.
Open