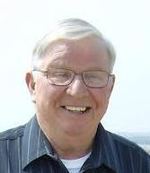 Ira "Lee" Frick, 75, of Keithsburg, IL, died Tuesday, December 10, 2013 at his home. Services are 10:30 a.m., Monday, December 16, 2013 at First Christian Church in Keithsburg. Burial is in Greenmound Cemetery where military services will be conducted. Visitation is 2-5 p.m. Sunday at the church. Memorials may be left to the First Christian Church and Keithsburg Volunteer Fire and Ambulance. Online condolences can be made at www.fippingerfuneralhome.com.

Lee farmed in the Keithsburg area all his life, did custom baling, harvesting and was a Dekalb Seed salesman for 50 years.

Lee was preceded in death by his parents and one sister: JoAnn Frick Hall.


Air Force
Air Force
National Rifle Association
The insignias listed here may be subject to copyright and / or trademarked. Those copyrights and trademarks are owned by the respective organizations.

To send flowers to the family in memory of Ira Frick, please visit our flower store.