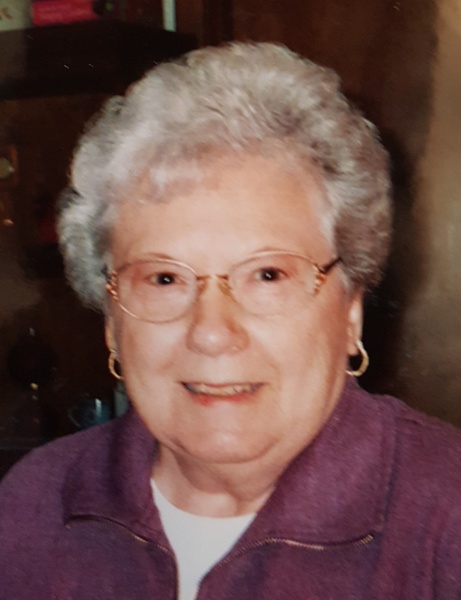 Helen S. McKinney, 88 of Aledo, IL died Thursday, September 21, 2017 at Genesis Medical Center in Silvis, IL. Graveside Services are 2:00 PM Tuesday, September 26, 2017 at the Aledo Cemetery. There is no visitation. Fippinger Funeral Home in Aledo is in charge of the arrangements. In lieu of flowers memorials can be left to the Mercer County Auxiliary or the Mercer County YMCA. Online condolences can be made at www.fippingerfuneralhome.com.

She was born September 24, 1928 in Warren County, IL to George and Hazel Bellinger Sperry. She graduated from Alexis High School and married LaSalle “Dutch” McKinney March 7, 1948 in Milan. He died May 3, 2005.

She enjoyed crafts and flowers.

She is survived by 2 sisters: her twin, Donna Bickerton of Galesburg; Wilma “Billie” Kernan of Aledo; sister-in-law, Billie Sperry of Loveland, CO; several nieces and nephews.

She was preceded in death by her parents; husband; one sister, Jean Miller and brother, Albert Sperry.

Click to download / open
To send flowers to the family in memory of Helen McKinney, please visit our flower store.