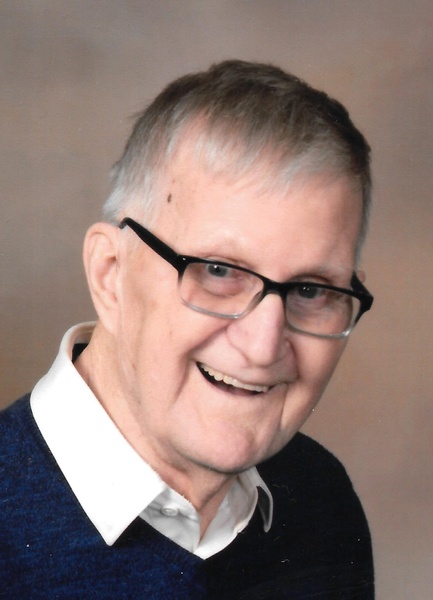 Harold C. Monson, 85 of New Windsor, IL died Thursday, June 14, 2018 at Heartland Health Care in Moline. Services are 11:00 a.m. Monday, June 18, 2018 at Calvary Lutheran Church in New Windsor. Burial is in the New Windsor Cemetery where graveside military rites will be conducted. Visitation is 4-7 p.m. Sunday at Peterson-Wallin-Knox Funeral Home in Alpha where memorials may be left to Tri-County Ambulance or Alzheimer’s Association. Online condolences can be made at www.petersonwallinknox.com.

He was born February 1, 1933 in New Windsor, IL to Oliver and Hazel Peterson Monson. He graduated from New Windsor High School. Harold was united in marriage to Beverly L. McCready July 6, 1953 in New Windsor, IL.
Harold was a U.S. Army veteran.
Harold farmed in the New Windsor area was employed as an assembler at John Deere Plow Planter in Moline, retiring in 1993. For many years, Harold worked part-time as a carpenter and woodworker for John Walsten Builders in New Windsor.

He was a member of Calvary Lutheran Church, George Norris American Legion Post 484, Local UAW 434 and the Moline Vikings Club. He enjoyed woodworking, WWII memorabilia, traveling and especially being with his family.

He was preceded in death by his parents; one sister: Grace; and one brother: Howard.

To send flowers to the family in memory of Harold Monson, please visit our flower store.
Open