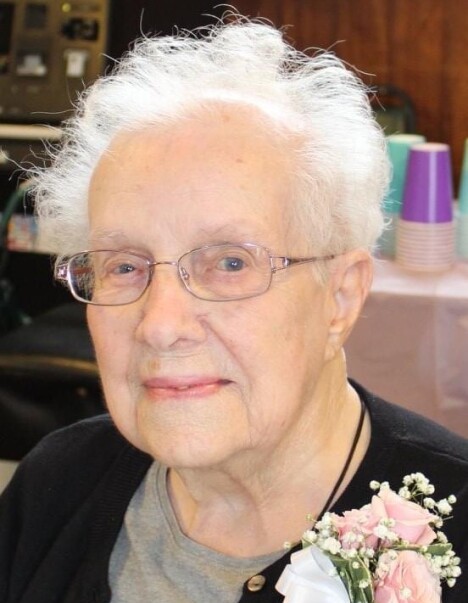 G. Maxine Larson,102, of Aledo, IL, formerly of New Windsor, IL, passed away Sunday, August 15, 2021 at Mercer Manor in Aledo.  Cremation has been accorded and graveside services are 10:00 a.m. Saturday, August 28, 2021 in the New Windsor Cemetery.  There is no visitation.  Memorials may be left to the New Windsor/Petrie Cemetery Maintenance and Improvements Fund.  Peterson Wallin Knox Funeral Home in Alpha is in charge of arrangements.  Online condolences can be made at petersonwallinknox.com

Maxine and her husband, Richard owned and operated the Chat and Chew in New Windsor.  She later received her GED and went to nurses training in Galesburg.  Maxine was then employed as an LPN at the Oak Glen Nursing Home in Coal Valley for many years.

She enjoyed fishing in Wisconsin, playing bingo, having coffee with friends and especially being with her family.

Her parents, husbands, one sister, Lilith Sanders, one brother, Earl Johnson,  a son-in-law, Art Larson and a daughter -in-law Sandy Anderson preceded her in death.

To send flowers to the family in memory of G. Maxine Larson, please visit our flower store.
Open