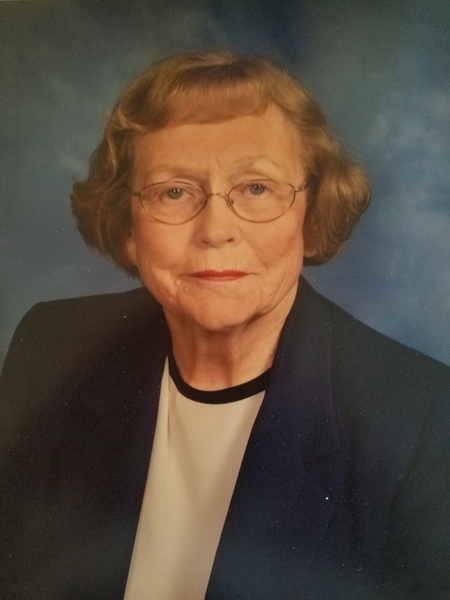 Gloria June Morgan, 98 of Aledo, Illinois, passed away Thursday, July 14, 2022 at Overlook Village in Moline.  Visitation will be held Tuesday, July 19, 2022 from 1:00 P.M. to 2:00 P.M. at the Fippinger Funeral Home in Aledo. The funeral service will directly follow at 2:00 P.M.  Interment is in the Aledo Cemetery. In-lieu of flowers memorial contributions may be left to the Marsha Morgan Scholarship Fund.  Online condolences can be made at www.fippingerfuneralhome.com.

She was born January 10, 1924 in Davenport, Iowa to W. Virgil and Emma Johnson Harney. She graduated from Joy High School and the University of Iowa.  Gloria married Lawrence Morgan June 26, 1945 in Pensacola, FL. He preceded her in death in 2002.

Gloria and her husband owned and operated the former Harney-Morgan Implement Company and Automobile Dealership in Aledo, retiring in 1989.

She was a member of the Aledo United Methodist Church, the Red Cross, and Oak View Country Club.

Survivors include a son, Michael (Rae Ann) Morgan of Marana, Arizona; a granddaughter, Jessica Morgan of Tucson; a niece, Kerin Nonnenmann of Moline; a nephew, Neal Morgan of Galesburg, IL; and a son-in-law, Rudolph Vilkutaitis of Carlsbad, CA.

She was preceded in death by her parents, husband, and one daughter, Marsha Morgan.