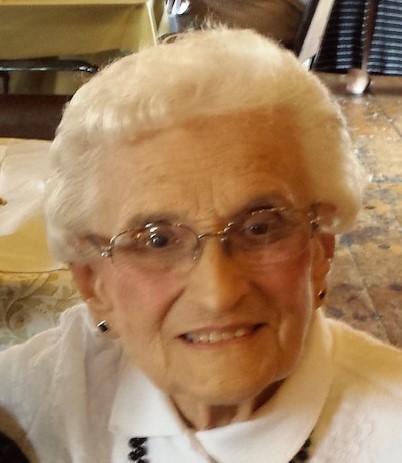 Gladys I. Johnson, 95, of Aledo, IL died Saturday, May 4, 2019 at Genesis Senior Living in Aledo. Cremation has been accorded. Graveside services are 11:30 a.m. Wednesday, May 8, 2019 at the Reynolds Cemetery. There is no visitation. Memorials may be left to St. Jude Children’s Research Hospital or DAV. Fippinger Funeral Home in Aledo is in charge of arrangements and online condolences can be made at www.fippingerfuneralhome.com.

Gladys was employed at Taylor Ridge, Illinois Elevator prior to JC Penney in Aledo until its closing.

Her memberships include: the Aledo United Methodist Church and the Mercer County Senior Citizens Center, where she was an active volunteer. Gladys enjoying playing bingo and attending her grandchildren and great grandchildren’s activities.

Gladys was preceded in death by her parents; husband; one step-granddaughter: Cynthia; one brother: Bernard and one sister: Mildred.

To send flowers to the family in memory of Gladys Johnson, please visit our flower store.
Open