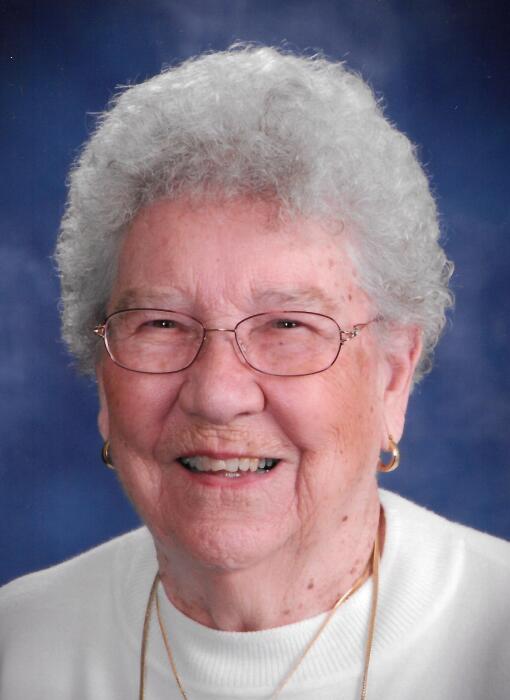 Geraldine E. Miller, 94 of Oneida, IL passed away Tuesday, August 31, 2021 at Heartland Health Care in Galesburg, IL.  Services are noon Friday, September 3, 2021 at Peterson Wallin Knox Funeral Home in Woodhull.  Burial is in the Woodhull Cemetery.  Visitation is 10:00 a.m. until the time of services at the funeral home where memorials may be left to the Knox County Humane Society or St Jude Children’s Research Hospital.  Online condolences can be made at www.petersonwallinknox.com.

She was born January 31, 1927 to Sydney and Irene Eiker Murray.  Geri graduated from Woodhull High School.  She married Darrel Gerard September 1945 and later married Gerald T. Miller April 15, 1978 in Altona, IL. He passed away in 2005.

Geri was a USPS clerk and retired from the Galva location.

She was a member of Messiah Lutheran Church in Galva.

Geri was a faithful correspondent and storyteller who never knew a stranger.  She dearly loved her children and grandchildren and spending time with her coffee group.

To send flowers to the family in memory of Geraldine Miller, please visit our flower store.
Open