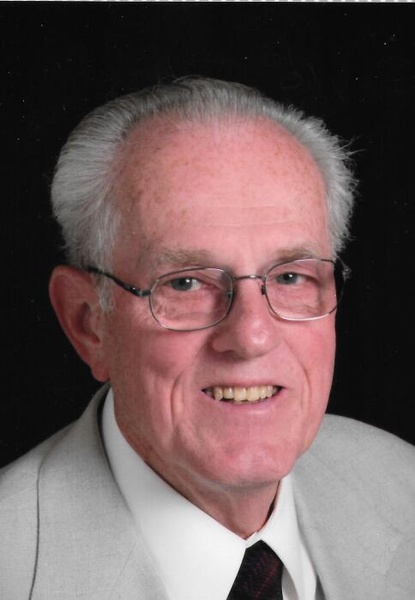 Gayle M. Johnson, 83, of Woodhull, IL.  died Saturday December 26, 2020 in his home.  Private Funeral services will be Wednesday December 30, 2020 at the Peterson Wallin Knox Funeral Home in Woodhull.  Burial is in the Woodhull Cemetery.  Visitation is from 4-6 PM Tuesday at the funeral home.  An additional visitation will be from  11:00 AMto 1:00 PM Wednesday.  The family will not be present.   Memorials may be left to the Tri- County Ambulance, Woodhull Cemetery Association or the AlWood Food Pantry.  Online condolences can be left at petersonwallinknox.com

He was born September 7, 1937 in Galesburg, IL to Milton and Ruth Lindeen Johnson.  He graduated from AlWood High School.  Gayle served in the U.S Army Reserves.  On September 12, 1970 he married Donna L. Perlinger in Paxton Nebraska.

He began his career in Television sales and repair with his dad at Johnson’s Hardware in Woodhull then relocating to  Harry’s TV in San Pedro CA until returning to Woodhull where he worked at Bacon-Deering TV in Rock Island.  He opened his own store, Gayle Johnson TV in Woodhull, which he owned for over 30 years until becoming an independent contractor for Lindstroms in Galesburg retiring in 2018.

His memberships include the Bethany Lutheran Church in Woodhull and the Miles Sturgeon American Legion post 546.  He enjoyed gardening and fishing and could fix anything.

His parents preceded him in death

To send flowers to the family in memory of Gayle Johnson, please visit our flower store.
Open